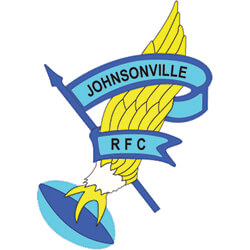 A five-week suspension for kicking a fellow-player in the head isn’t nearly strong enough a message to be sending out. In fact, at least according to Johnsonville rugby club chair Blair Hannah, such a punishment qualifies as an “absolute fiasco”.

The incident relates to a Wellington lock who recently faced a judicial hearing after he gave a player from Johnsonville a massive boot to the head during a premier 2 men’s match on Sunday. The panel, which was led by a leading lawyer, decided that a five-week suspension as an appropriate punishment and period of time way for Wednesday night’s incident.

The issue appears to be with the same punishment enforced on a Johnsonville player who during the same game threw a couple of punches in the direction of a second player from the opponents’ side. Both players involved in the altercation were also sidelined for the same period of time.

Hannah furthermore also took issue with the fact that the judicial proceedings relating to the four players were held separately. He said this way of doing things made no sense at all given that the transgressions were so closely related. He also hampered on about the fact that the hearings were conducted in an isolated manner behind closed doors – meaning Johnsonville had not been invited into the loop when it came to decision time.

Stokes Valley Chair Graham Hardie has in the meantime held back from commenting on the outcome of the initial judicial hearing. He did however say he considered the process to have been fair and reasonable for everybody involved.