Why the Crusaders Need A New Stadium 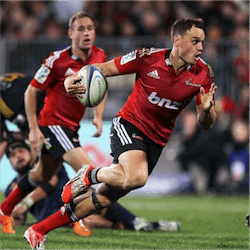 Having scooped up their eighth title and made Super Rugby, the Crusaders can now turn their attention to where they should be playing their home matches. Their current pitch is just a stone throw’s away from Addington Raceway and is clearly not the ideal spot for the big games. This became evident towards the latter half of the season.

The waterlogged quarterfinal against the Highlanders, played during a civil defence state of emergency was one thing. Playing the Chiefs in sub-zero temperatures a week later was quite another. At both games, the crowd attendance was poor. This was not a factor of how the city values the game of ruby. We have to remember, these are supporters who have already been through so much since the earthquakes in 2011. It was simply a case of people not wanting to put themselves in more discomfort.

The Crusader’s current stadium is a true symbol of resourcefulness and embodies the spirit of Christchurch. That being said, it was designed as a temporary structure to get the city through to 2017. The stadium is held up by scaffolding, has no real shelter and allows both the south and north-east winds to whip around unencumbered. It really is a cold and inhospitable spot to watch sports for six months of the year.

All Sporting Codes Can Benefit

It’s not just the Crusaders who can benefit from a new stadium. All of the football codes including rugby league will be better off with a fully kitted stadium. There has been talk of a multi-purpose indoor stadium on the cards, but is really is time for action now. This is something Scott Robertson reiterated after his team’s epic victory at Ellis Park.

One of the questions Robertson faced after the match was if the win might have been that little bit more special for Crusaders supporters, considering what they have been through. In his reply, Robertson spoke about the future and how there needs to be a clear decision at government level about building a new stadium.

Robertson said that the details would work themselves out when someone in the province makes the call for action. He went on to say that the team deserves a structure that is not temporary. Most of all it is for the supporters of the game.