Dane Coles for Player of the Year? 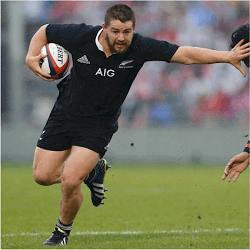 Once the season is completed by the All Blacks rugby team in Paris, France, there will be one more contest for them to complete before their summer southern season gets summed up. Those players and coaches who have returned to New Zealand rather than spending their downtime elsewhere will be invited to attend the annual rugby awards evening held in Auckland in next month’s midpoint.

This awards evening is one wherein all levels of this beloved game are recognized and where, possibly, in the aftermath of the difficulties resulting from the earthquakes in the Kaikoura region, some of the evening’s takings will be diverted to help those still struggling in the aftermath.

The focus of attention for the evening will certainly be on which athlete will be awarded with the coveted Player of the Year award, with Beauden Barrett; Ben Smith; Brodie Retallick; and Sam Whitelock joining Dane Coles as the main contenders. Many people are of the opinion that Coles should be the recipient of this award thanks to his stellar performance over the season as a whole.

Details on the Player of the Year’s Contenders

Barrett has transitioned from a player filling several positions more than competently to first-choice five-eighths, and won World Rugby’s award. Ben Smith has played immaculately in terms of both skill and timing throughout the season, and Retallick and Whitelock continue to dominate in all aspects, as the All Blacks revealed when they played without them while in Chicago.

Coles, however, is by far the favourite for Player of the Year, and can be described as a down-to-earth hooker who brings a fiery temperament mixed with mischievousness and loads of skill and energy to every game he plays. The resilience he consistently displays will impress even Sean Fitzpatrick, considered to be one of the best-ever hookers in the game.

Coles is frequently the focus of dramatics on the field as he displays great strength and is accomplished in the very exacting workload that scrums and line-outs demand, whilst still managing to cover the field comprehensively with his powerful legs and punish lax defence with his precise passing skills.

He overcame the pain of rib damage and in doing so helped The Hurricanes win their first Super Rugby title, and, even though his level of discomfort can only be imagined, he consequently went on to back up his Super Rugby play and set the tone for the team’s international tests against Wales as well.