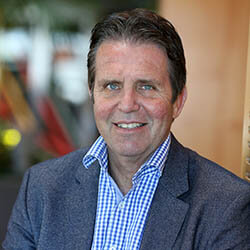 Dr John Mayhew, affectionately known as Doc, worked with the All Blacks from 1988 to 2004 before going on to work with the Warriors. He became very close with Jonah Lomu during this time and was one of the only people who knew about the player’s kidney disorders right from the start. He was with Lomu for the kidney transplant he received in 2004 and was devastated when the athlete passed away the following year. Lomu was only 40-years old when he died after a cardiac arrest. He was surrounded by his loved ones, a small solace for those who were close to him.

Lomu had contracted nephrotic syndrome, a kidney disorder that caused his body to excrete too much protein in his urine. This issue is usually a result of damage to the small blood issues in these organs.

Mayhew said that the toughest time was during a Barbarians game after the 1995 Rugby World Cup because Lomu was extremely ill before it and should actually not have been playing. The doctor stated that he had advised Lomu to sit the match out but the player refused, saying that he needed to get on to the field for his fans. Of course, no one was aware of the extent of his illness at that time. Even John Hart, the All Blacks coach, had been kept in the dark.

It was not a question of arrogance, says Mayhew. Lomu had just come out of the World Cup and knew that many people had travelled to see him play and he didn’t want to let them down.