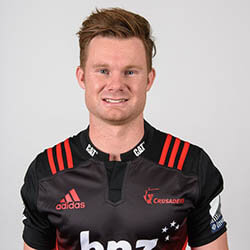 Mitchell Drummond may not be secretly harbouring plans to leave Canterbury any time soon, but that doesn’t mean he wouldn’t like to eventually return home to represent Tasman.

The 26-year-old says even though he loves playing for Canterbury, he considers there to be time enough remaining in his career for returning home and playing back home in due course. The star halfback is now scheduled to earn his second blazer from Canterbury following 62 caps played for the club. Canterbury – unlike many other provincial rugby unions – award to players their first blazer after 12 matches, and their second only 50 matches after the first one earned. For this reason, being awarded for having played 62 matches is typically more meaningful to Canterbury players than to many others.

Even though achieving milestones isn’t why he plays, says the world-class finishing halfback of his second blazer award, reaching certain goals in pro-rugby does to him symbolise something special – and mostly so because of the phenomenal teams he’s managed to be involved with since he first moved to Christchurch in 2013. Drummond has over the course of his 7 years playing for the union club won four titles.

The player is however quick to add that the position Canterbury currently happens to find itself in is in no way ideal or what the players would have wanted.  Currently ranked fifth in the premiership, the club runs a real risk of ending up lagging way behind for the second year in a row.