End Of An Era Coming For New Zealand Rugby 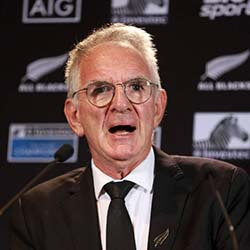 Long-time New Zealand Rugby chairman Brent Impey will soon be stepping down from the role he has held since 2014. Impey recently confirmed his intentions to relinquish the role he has embodied for the last seven years, saying he in December last year informed NZ Rugby of his intentions to step down and begin focusing on an official succession plan.

He explained that he would be stepping down over the course of the coming months, during which time the announcement will be made official and a successor named. His departure is considered by the rugby world to be the end of an era for New Zealand Rugby, and an exit that will see the organisation lose a wealth of top-of-institution knowledge and experience. Impey has served on the board of NZ Ruby since 2012.

But although Impey says he only confirmed his intentions to the board in December last year, speculation about his role has been escalating since November, during which month he officially stepped down as chairman of Sanzaar. Not only has Impey had to steer the organisation through one of the toughest eras in sport as the global health crisis hit, but the rugby stalwart also received chemotherapy for cancer last year.

New Zealand Rugby has in the meantime started to advertise two separate board roles, one being for an appointed position selected by the board itself, and the other for a nominated position that requires prospective candidates to be put forward by provincial unions.