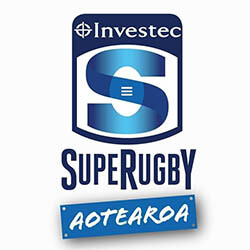 Devoted Kiwi Rugby fans may well be permitted to watch the opening rounds of the Super Rugby Aotearoa Games as early on as June 13th. Prime Minister of New Zealand, Jacinda Ardern, has declared that the country may be able to move to Alert Level 1 as early as June 10th. This means that there is the chance that sports fans may be allowed to actually attend Rugby matches, if the new guidelines permit it.

Ardern recently said that the Cabinet Meeting scheduled for Monday 8 June could see a decision being made to move to Level 1 within 48 hours!

New Zealand Rugby and the five Super Rugby Clubs who have committed to a new Domestic Competition to extend over 10 weeks, welcome any governmental move that eases restrictions and allows the public back in to attend fixtures and cheer players on.

We’ve hit our 10th straight day of our tests finding no new novel coronavirus COVID-19 cases. There remains just a single active case within our borders.

The Dunedin Highlanders have been scheduled to host the Hamilton Chiefs in the first Super Rugby Aotearoa game on June 13. The Auckland Blues will meet the Wellington Hurricanes the next day.

Stadium bosses and New Zealand Rugby are considering a range of scenarios in terms of spectators for the opening weekend. Cory Jane, former All Blacks wing and current Hurricanes assistant coach said that players are as excited about the prospect as fans are.