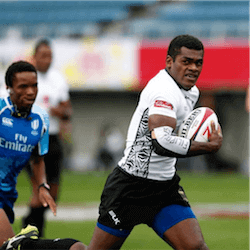 With one win already in the bag, Fiji is confident that they can keep up their winning ways in the remaining rounds of the HSBC World Rugby Sevens Series. After taking the maximum points in Hong Kong, Fiji sit just a few points behind the log leaders, South Africa. If they carry on playing like they did last week, the Olympic champions will be in a good position to take the title when the competition wraps up in Twickenham.

Fiji’s Rugby Sevens Wold Series win couldn’t have come at a better time for the team. Winning the Hong Kong Sevens not only puts them above England on the log, it has also given them the confidence they need to keep winning all he way to Twickenham. Speaking to the press, Fiji captain Osea Kolinisau said the team were really stoked about win in Hong Kong.

All Eyes on Singapore

However, they understand that the Singapore Sevens is a whole new challenge. According to Kolinisau, all of the teams will be focusing on the mistakes made in Hong Kong and will be gunning for the title. He went on to say that the team has a lot of energy and are feeling relaxed. They are focusing on getting their minds and bodies ready for the next round.

The 31-year-old Fijian captain was speaking from the side-lines of a rugby sevens clinic at the OCBC Arena. The clinic was organised by the Singapore Rugby Union supporting the SportCares foundation. Joining the Fiji rugby team on the field was World Rugby ambassadors Karl Te Nane and Willie Lose. The guest of honour at the event was the Minister for culture, community and youth, Grace Fu. Grace addressed the press, saying that through rugby, youths develop character, resilience and teamwork.

With three legs left to go in the HSBC World Rugby Sevens Series, the Fijian team will be well aware of how close they are to winning the title. Currently South Africa sit at the top of the log with 145 points. After last week’s win, Fiji have jumped into second place with 122 points while England have dropped to third with 113. For Fiji to claim the title in Twickenham, they would need to win at least two of the three remaining legs and hope that South Africa picks fewer than 19 points going forward.