Fiji Place Radradra To The Wing 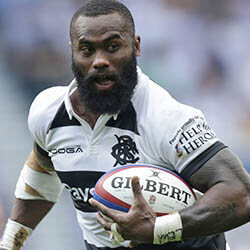 Former NRL star Semi Radradra will begin playing with the Flying Fijians for the first time for their opener of the Rugby World Cup against Australia. As the Wallabies appointed nearly the same squad that frustrated the All Blacks in Perth last month, with the exception of David Pocock’s return to the back line at No 6, Fiji coach John McKee transferred his five test former Parramatta Eels winger and duel international from the centres to the wing position.

McKee has been hunting even larger scalps for Fiji since upsetting France at the Stade de France last November, shifting his top pace out in the hope that they can spin off their World Cup with an upset at the Sapporo Dome.

McKee coupled Radradra on the right wing with Josua Tuisova, an Olympic gold medallist. Tuisova made an attempt in Rio de Janeiro’s 2016 Olympic seven-time triumph in Fiji and together with Radradra will prove to be a handful for Australia’s back three combinations of Marika Koroibete, Reece Hodge and Kurtley Beale. Tuisova is one of three beginning line-up players from McKee who earned gold in Rio. Leone Nakarawa will begin in the second row with Fiji’s “offloading wizard,” and Viliame Mata will take his spot at No.8.

Two Australian-born players will also be starting. Campese Ma’afu, former Wallaby Salesi Ma’afu’s elderly sister, will begin at loosehead prop. He was named after Australian legend David Campese after the winner’s performance in their Grand Slam tour in Europe in 1984.