Free to Air Bill Doesn’t Have The Numbers 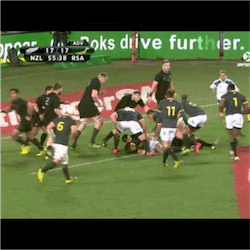 A few weeks ago, the proposed bill to make All Blacks tests and any game of national significance free to air was gaining serious momentum. For the first time, it looked as if local sports fans would get the opportunity to see the latest New Zealand sporting events on national television without having to pay for it. Today it seems, the opposite is true.

The proposed bill, headed up by New Zealand First MP Clayton Mitchell failed to gain enough support to get past the first hurdle. According to Clayton, the fault lies with the Labour party for not agreeing to back the bill. He said that the party was forsaking the seniors of the country and the working class who could not afford Pay TV. Clayton went on to say that support of local New Zealand teams and other events could cost the average household $1000 per year.

Responding to Clayton’s remarks, Labour spokeswoman Clare Curran said that the party was aware of the situation. They fully understand the public’s dissatisfaction with limited access to live sport. However, they feel that Mitchell’s proposed bill was clearly unworkable and impractical. According to the labour party, the bill required too many sporting events to be aired for free.

If the bill had been given the green light it would have covered all international rugby games, rugby league games, cricket, netball and football matches played in New Zealand. It would also have included any major sporting event such as the summer and winter Olympics, the World Cup and the Commonwealth Games. Finally, viewers would also have been able to view the NRL Grand Finals as well as the Super 15 Rugby finals in which a New Zealand team was featured.

Along with the sports bill, Green MP Gareth Hughes’ bill was also expected to be voted down. Hughes’ private member’s bill would have allowed New Zealanders with student loans to put off their repayments in order to divert the funds into a first-home deposit. Hughes said that in New Zealand, many young people are struggling to get the funds together for a deposit on a house.

The proposed bill would have made it easier and faster for these people to get their first home. According to Hughes, a bachelor’s graduate earning a median wage could save up to $18,000 over five years by diverting their repayments.