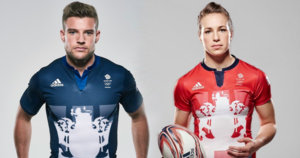 Great Britain will be sending both their men’s and women’s Olympic Sevens to Tokyo next year after the country won their qualifying tournaments. England had been nominated as the chosen home nation to represent GB for the qualification events, which saw the women’s squad beat France for the final game.

They then beat Russia 19-0 in Kazan to claim victory in the tournament. For the men’s event that took place in Colomiers, England beat hosts France 31-7. Having completed their event second in their group for the day, the women’s team beat Ireland 17-7 in the quarterfinals. England had trailed for the match, but Holly Aichison had returned to form during half time as they went into the break 7-5 down.

Deborah Fleming shot into the corner to give them the lead before Matthews sealed the win just before full time had been called. For the tense semi final, Matthews had crossed to give her team an early lead before France levelled the game thanks to Coralie Bertrand.

Ellide Kildunne gave England the lead again after the break and despite a try from Valentine Lothoz, and two conversions from Aichison pushed them to 14-12. Neither team had made the breakthrough tot he lead for the first half of the final game before Heather Fisher earned an opening try to give England the push they needed to advance to the Olympic qualification, with Emma Uran and Alex Matthews also scoring against their hosting opponents.