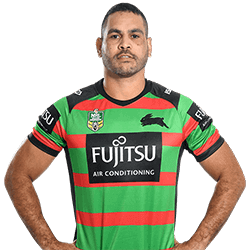 Greg Inglis has revealed his reaching out to his therapist after losing their Loss to NSW during the Maroons’ game one.

Inglis has struggled with his relationship with the game for some time, and there was talk last year of him leaving it behind after being stricken with physical injuries and mental health issues that plagued the season for him. Inglis’ staying with the team was a testament to his winning battle against his issues, and he went on to become one of the most influential players of the season.

Recently, the 31-year old player opened up about his mental struggles after losing game one, and how it had affected his immediate life. He explained that for those that suffer from psychological problems, they go through various roundabouts and swings that can change their perspective on what’s happening, which is what happened to him after the loss.

He explained that one of the best moments for him was being on a high after being named skipper. He said that he made his NRL debut in Melbourne as far back as 2005, and went on to become the Queensland captain in 2018.

After coming out of the lost game and having to board a plane to travel to the Gold Coast, the player explained that he had a mood swing that hit him hard. He had to contact his therapist for help to deal with what he was feeling.