Hansen Wants To Present A United Front Over Rugby Camps 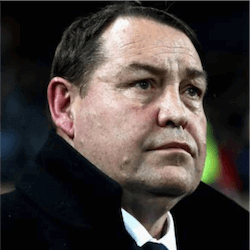 Steve Hansen, the coach for the All Blacks has appealed for a united front regarding his contentious camps. He has just been honoured for his leadership, so it was fitting that he selected his words wisely when he dealt with the disputed topic of the questionable 4 training camps set to take place during the Super Rugby season.

No Details Just Yet

Details for the camps have yet to be revealed, but speculation is running towards the idea that they will be in the form of 2 1-day gatherings and 2 3-day affairs, with the aim being that they disrupt proceedings as little as possible.

Hurricanes coach Chris Boyd has already voiced his concerns that the coaches for the All Blacks seem fine with impacting Super Rugby this visibly, and there have further been mutterings of discontent from other factions as well. Actually, this level of upset has not been since back in 2007!

Hansen has, however, described these camps as a necessary evil before the 3-test June series set to take place against France. The coach called on everyone involved in New Zealand rugby to join forces and make the best of a well-conceived plan, however unpleasant some of the consequences would be.

After expressing his surprise at the Sport New Zealand award at the Halbergs, Hansen stated that he had no intention of plucking players out of Super Rugby. He expressed dismay at the manner in which the season is structured, stating that these demands notwithstanding, a certain amount of preparation was a must when it came to the All Blacks playing an international team of the standard the French set. He then stated that without the kind of preparation these camps would provide the team ran the risk of under-performing, and the country’s expectations of the team would not allow for this.

Hansen went on to say that he fully understood that the situation was not ideal for the Super Rugby teams, nor for the players, but his camp was not particularly pleased by the fact that they did not have preparation time, either.

Hansen said that his team had gone through a process of talking to a number of different people, and the conclusion that was reached as to what was going to happen. He then added that he was hopeful that everyone would support one another, regardless of what the media was reporting.