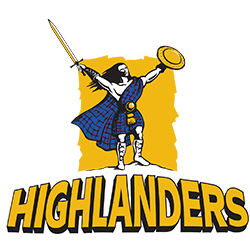 Despite the franchise having gotten off to a pretty slow 2020 start, they did manage to improve quite significantly by the time they headed into Super Rugby Aotearoa. Even so, as Mauger himself so eloquently puts it in his exit-statement, quality always shows in results – also known as the proof being in the pudding.

There remains a bit of time left on the clock for a final decision to be made regarding a revamped 2021 coaching structure, responded Highlanders CEO Roger Clark to questions surrounding the search for a new head coach. And it’s not as if the squad is being left hanging out to dry by the decision to show Mauger the way out. They still have the likes of contracted coaches Toney Brown, Riki Flutey, and Clarke Dermody to rely on in the meantime.

The immediate order of business will now be a process of reviewing the club’s current coaching structure, said Clark. Alluding to the fact that more than one coaching addition may be in the offing, Clark said that the “who” and the “how many” of the matter will all depend on the team’s “desire” to get its future coaching group right.

Clark also thanked the departing head coach for his efforts in terms of progress made with the development and overall improvement of the players. He (Aaron Mauger) can be proud of all he has achieved during his 3 years coaching the club, said the chief executive.