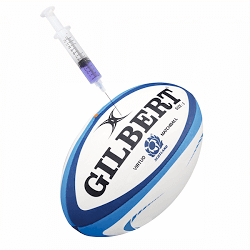 All Top Rugby Players to be Tested for Illicit Drugs

Rob Nichol, boss of the Rugby Players Association, says the move to test all principal rugby players for illicit drug use is not a punitive measure. The New Zealand programme will kick off next year, but its aim will be supporting problem users rather than punishing those found to have been engaging in this practice.

Forming part of the fresh collective agreement that was recently announced, players will be asked to randomly test for recreational drug use, out-of-competition, in a move from previously only having to face the possibility of testing on game-days. The player will further not be the only ones asked to submit to the testing: every single person involved in the national games will be subject to it, including individuals in coaching and administrative roles.

The Rugby Players Association and New Zealand Rugby managed to agree to the programme that will not be castigatory, and does not even have any definite sanctions in place for repeat offenders. Instead, the programmes aim was assisting those individuals who showed signs of having a problem, and to help them deal with their issues so as to continue their rugby careers.

Catch and Release Attitude for Drug Use

Nichol has stated that it the programme is in no way about “catching” or sanctioning players and that its one and only function was to help those struggling in this area. Support and rehabilitation was the focus, and every possible resource would be directed at helping those who stepped forward to ask for assistance.

Nichols went on to say that individuals who were found to be indulging in improper drug use would be provided with the help they required in “sort[ing] it out”, assuming that they wanted help, and wished to manage their behaviour.

He further stated that the Rugby Players Association would find it “really sad if a player lost their career” because of illicit drug use, whether this behaviour came to light as a result of criminal actions and consequences, or if they tested positively on a game day and so breached the code set in place by the World Anti-Doping Agency.

Nichol went on to acknowledge that rugby was a little behind the times, and out-of-competition testing should, in fact, have been put in place for some time now, but this move has been on the heels of widespread education over the past few seasons for everyone, from the All Blacks to the Mitre 10 Cup teams.