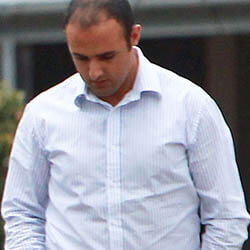 Isaac Moses, the powerful rugby league agent found guilty of having assisted ex-Eels prop Tim Mannah with providing the NRL with misleading and false evidence, has lost his appeal against deregistration.

Moses allegedly in 2017 assisted Mannah with the giving of false and intentionally misleading evidence in an investigation conducted at the time by the NRL Integrity & Compliance Unit. Following the failure of his deregistration appeal, Moses is now seeking a lesser punishment other than the cancellation of his accreditation. He will be permitted to continue trading in his capacity of agent until such time as the NRL has handed down a final ruling.

The next step will now be for the NRL Appeals Committee to hear submissions from both parties in support of whether the punishment imposed on Moses should stand, or whether it should be downgraded to a less severe sanction.

Moses has engaged the services of senior legal counsel and experienced silk Arthur Moses SC. The top advocate is a former president of the New South Whales Bar Association and the Law Council of Australia. He is an experienced litigator and counsel in high-profile rugby league cases.

The case is in the meantime being closely monitored by rival NRL agents interested in claiming their share of Moses’ high-profile client base.