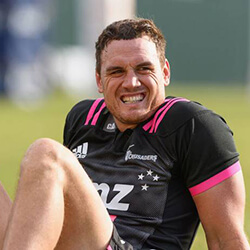 Former All Black winner Israel Dagg recently announced his retirement from the sport after he failed to recover from a knee injury that has kept him from competing professionally. The world Cup winner leaves the sport with an impressive career history, playing 66 Tests for New Zealand after he debuted against Ireland in 2010. He has also won back-to-back Super Rugby titles when he played for the Canterbury Crusaders in both 2017 and 2018.

Talking about his retirement, Dagg said that while it was bittersweet that he has to end his playing career, he was grateful that he was able to contribute to the Crusaders team of 2019, and that he was able to help some of the younger members take the next big steps in their careers. Steve Tew, New Zealand Rugby chief executive, has sung the 30 year old’s praises, stating that he is one of the greats of the game.

Tew continued by saying that he was an excitement machine on the field, and that fans knew that once Dagg had the ball, anything could happen. Dagg was a participant in the 2011 World Cup win for the All Blacks, but was ultimately dropped for the 2015 campaign when the New Zealand team saw victory again. He was determined to become a regular for the team, but he last Test was against Argentina in September 2017, shortly before he suffered the knee injury that put his rugby career on hold.