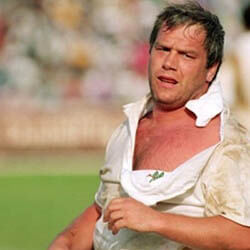 Contrary to popular opinion, so says ex-England test prop Jeff Probyn, New Zealand-born Dylan Hartley wasn’t a true hard player while playing for the British side, but instead, a man who often resorted to committing acts of violence in an attempt to dominate and overrun rival players. Hartley, who previously played hooker for England, recently released his autobiography – a memoire now described by Probyn as being nothing more than a sham.

Hartley’s autobiography, “The Hurt”, may have some interesting views, but at the same time also reveals nothing not already widely known, writes Probyn in a recent article for a prominent rugby publication. What Hartley is trying to do by publishing a book, so opines the former England test prop, is to justify a career prematurely terminated by injuries and suspensions. Probyn, who previously helped suspend Hartley following an eye-gouging incident, during his own career won an impressive total of 37 England caps over the course of the 6 years he played for the national side.

There isn’t anything “hard” about committing vicious and deliberate acts of violence to players unable to defend themselves while in a maul or other compromised position, explained Probyn. And the fact that even Hartley’s own colleagues had following the mentioned eye-gauging incident called for a lengthy ban, said Probyn, should be indication enough of what even his fellow players thought of his character.

Hartley at the age of only 15 left New Zealand for England, where he would eventually go on to finish his schooling before launching his professional rugby career playing for Worcester in 2005.