Jones Says the Lions Can Beat the All Blacks 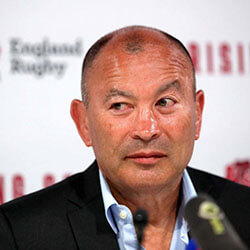 Eddie Jones has told England that they’re poised on the edge of greatness. This is after the Lions managed to set up a World Cup semi-final against the not-invincible All Blacks on Saturday. Although Jones agrees that the All Blacks are a formidable squad, he believes that the English team can get to the finals. They’ll need to be aware of the power of the All Blacks’ reputation, however.

England has not managed to best New Zealand under Jones, losing the only game they had with the team 16 to 15 while he’s been the coach. The Lions are just two victories away from a place in the history books, however, thanks to their trouncing of the Wallabies seeing them book the first World Cup semi-final they’ve been in for 12 years.

Jones said that the reason he took his job was that he saw a team that could be great and while New Zealand is the ultimate challenge England has what it takes to beat them. Jones has used his vision for the team as a challenge and said that the players have taken him up on it, and have started to believe it as well. He said that it comes down to the Lions having to be better than a team widely accepted to be the greatest in the world, and they intend to use their preparation time to do exactly that. Their coach believes in them and has said that they’ll be investigating all the ways the All Blacks can be beaten.