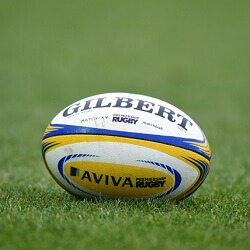 The Professional Rugby Injury Surveillance Project, which was jointly commissioned by Premiership Rugby and the Rugby Football Union, RFU, reported data on injuries for the season of 2016/17 that has drastically risen. The burden of injuries, which takes into account both their severity and their frequency, has more than doubled in comparison to the previous campaign.

Eddie Jones is famous for how gruelling his training sessions are, and has previously said that when his players join England from their various clubs they do not have adequate conditioning as required by Test rugby. He refused to acknowledge throughout the Six Nations series that his players were showing fatigue, saying that he had GPS data that would prove his point of view, but the findings will probably raise eyebrows at the Premiership clubs. The latter are often censured for not allowing their international players enough time to rest.

Injuries like the one Sam Jones sustained, a broken right leg thanks to a judo session at the Brighton national training camp in October of 2016, will have slightly skewed the data, but Simon Kemp, Medical Services Director of the RFU, did divulge that, across the board, training makes up 36% of all player injuries.

England reviews this data in the same manner that clubs do, said Kemp, and warned that caution should be taken with the data because it only reflects one club. But, he added, the English get this data, and it does inform how they plan training.