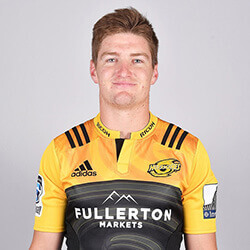 Jordie Barrett has been given the go-ahead to start as fullback as New Zealand gets ready for a backlash from Australia ahead of the Rugby Championship, which will be taking place in Auckland.

With wing Rieko’s loan out of the works, Waisake Naholo has been moved to left wing in order to make room for Ben Smith on the right, and Barrett taking up the role of full-back for his third Test start.

His inclusion as full-back comes not long after coach Steven Hansen told reporters that the 21-year-old needed some time away from the Test arena to reflect.

One other backline change will see Ngani Laumape take up the No 12 jersey, where he will be replacing Ryan Crotty, who was recently concussed when the All Blacks claimed victory over the Wallabies 38-13 in Sydney.

Hansen added further that his team is aware that it now has the opportunity to close out at the Bledisloe cup series, but that they are expecting a massive response from the Australian side over the next few weeks. He lastly added that they were excited for the challenge, but are hoping to improve their performance as part of their own response.