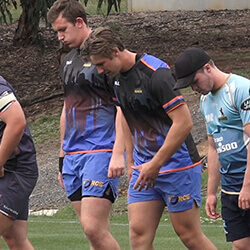 Despite the addition of three extra Queensland Reds players to the team, Australia’s defeat at he hands of New Zealand means the former missing out on the World Rugby under-20s semi-final championship.

The Junior Wallabies started out strong, and maintained a united front against their opponents, but some mishaps on the field and a lack of tactics meant an ultimate defeat of 27-18.

Harry Hockings, Jordan Petaia, and Hamish Steward were the three Reds players chosen to join the Junior Wallabies as injury cover. Their injection into the team had a noticeable impact, with Hockings and Steward in particular making ground on the field.

By half-time, the Wallabies were trailing at 17-15, and by the time the final quarter had swung around, the score had extended to 20-18. The final blow came right at the end thanks to Vilimoni Koroi, who set up the winning try with Jamie Spoward. The first try for Australia was set up by Stewart, aimed at flanker Fraser McReight. The second came thanks to a penalty try.

Australia will now have to contest the fifth-to-eighth classification, which will be for the seventh consecutive time at the tournament. Their next match is set to be against Wales, a team that they lost 26-21 the last time the two faced each other, which was the opening match for Australia.

The semi-finals have mirrored what took place last year. New Zealand will be facing France, while England is set to face South Africa.