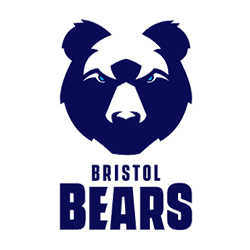 Kiwi Pat Lam has coached his Bristol Bears team right to the edge of a place in the English Rugby Premiership playoffs. The side’s 40-3 victory over the Leicester Tigers at their Ashton Gate home-field on Thursday (New Zealand time) sees them on points-par with Sale going into the upcoming final round.

The six-try win over the tigers also had the helping hand of former All Black Steven Luatua in the captain’s position.

But despite the stunning performance on Thursday, Lam says he’s convinced his squad will have to “be better” if they’re to reign victorious over London Irish on Monday. The job may be done in terms of the necessary points scored, explained the former All Blacks and Samoa player, but it’s far from over as far as raw and ruthless playing go. A good performance “here and there” simply won’t cut the mustard opposite London, said Lam.

A definite challenge facing Bristol on Monday will be to properly control the tempo of the game. And it’s exactly this that seems to worry the Kiwi coach most of all. He didn’t seem at all impressed with the five passes dropped and nine balls lost in contact during Thursday’s stand-off and said that a stop-start style of play nearly always turns out bad when it’s Bristol making all the errors.

Pat Lam joined the Bristol Bears in 2017 – shortly after coaching Connacht to a PRO12 title victory in 2016. Before that, the former Samoa head coach coached the Blues for a period of 3 years between 2009 and 2012.