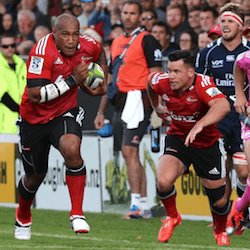 This Saturday sees the Super Rugby finals showdown between the Crusaders and the Lions at Ellis Park in South Africa. The venue has already been confirmed sold out so fans can expect an absolutely packed event. This will already put the Crusaders at a disadvantage with the Lions having the home ground advantage.

The Crusaders have only lost a single game this season along with the Lions who barely made it into the Semi finals. Right now the Crusaders are the clear cut favourites with some bookmakers offering odds of 1.70 for a win, the Lions on the other hand are the outsiders, getting between 2.10 and 2.15, but what we have here is a possible upset.

In their last match, facing the Hurricanes, it appeared to be a total blowout for the Lions, the side was 10-22 down by the end of the first half and after their lacklustre showing so far, both fans and punters accepted that the team will be kicked out of their finals spot. Thanks to Coach Johan Ackerman, the side made a miraculous second half recovery, taking the win 44-29.

With their new found fighting spirit and the home ground advantage, the Lions may pull a rabbit out of their hat this weekend. They lost against the Hurricanes last year so already their victory against them last weekend is showing signs of a return to form and the possibility of an underdog win.

The Advantage On The Lion Side

The Crusaders are 7 time champs and soundly defeated South African teams in their previous away games, notably the Cheetahs and the Sharks, but the last time they faced the Lions in Johannesburg, they took a similar beating to the Hurricanes, losing the match 42 -25.

When looking at previous finals, of the 14 teams that have lost the home ground advantage in their finals meetings, 13 lost those matches. This certainly sets a precedent and should be considered looking at this weekend’s final. With the Lions on a high after such a decisive victory and 60 000 local fans packing the stadium, there will be a significant mental advantage the Lions will have.

The Crusaders have never been a team to let themselves be intimidated, but the Lions have the hunger, with nothing to lose and everything to prove for their fans. Since both teams have only conceded a single loss this season it appears they are pretty evenly matched, so any advantage a side can get should be exploited.

This weekend will certainly deliver an all time classic Super Rugby Final with very high stakes and well matched teams with just the right circumstances for an underdog to rise to the occasion.