It’s Make-Or-Break Time For The Lions 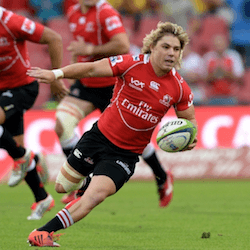 Make-or-Break Week for the Lions

This week is make-or-break time for the 2017 Lions. There are no more series-deciding games or mid-week fixtures if the Lions go down to the All Blacks on Saturday. After months of build-up, the time has come for the Lions to embrace the tournament and seek out the best possible performance they have in them. For Courtney Laws, it is a truth he is well aware of. After coming off an impressive home season, Laws has shown impressive form on the trip and has the potential to take on the All Blacks on their own terms.

Speaking to the press, Lawes said that there is no second chance for the Lions; they need to front up for the “Final” on Saturday. According to head coach Warren Gatland, the Lions were completely dominated by the All Blacks in the breakdown. They had their bodies and pride dented in Auckland, allowing New Zealand to take over in close-quarter exchanges. If there is any one player who can inspire a sense of aggressing in the team, it is Laws.

Having already admitted that he used to pay too much focus on showy tactics, Laws now applies himself to the nitty-gritty aspects of the game and it shows. That being said, the Lions didn’t come close to matching the effort of All Black lock Brodie Retallick. For the Lions, both Laws and Maro Itoje have the potential to fill the same role. But time is rapidly running out and Laws is well aware of this fact.

A Chance for Redemption

The Lions do have a chance though as Gatland has been open minded about his selection, promoting both Liam Williams and Elliot Daly for the test. Both players were instrumental in beating the Chiefs in Hamilton during in the midweek. Laws told the press that Gatland has been open about the fact that the test team will change from week to week based on performance. Gatland simple advice to the team was to keep putting in good performances and keep their heads.

For Laws, it was all going well until he received a knock to the head. He is back on track now, leading the analysis on how to get around the All Blacks. He admitted their strategy in the last test was one no-one saw coming. Running out just nine meant that the Lions couldn’t get any line speed. Laws also said that the team needs to focus on the first and second phase and winning the first couple of contacts.