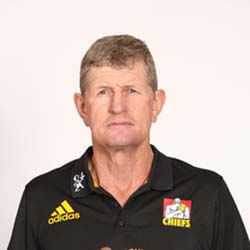 Former lock and player Neil Barnes has been appointed new head coach of the Yarrows Taranaki Bulls rugby team. Barnes currently coaches the Gallagher Chiefs, but spent time with the Yarrows as assistant coach in 2020. The also played for the region back in 1986, and will be replacing former head coach Willie Rickards, who completed a three-year contract with the team last December.

Barnes has signed a two-year deal with the team, and in a recent statement to the press expressed his gratitude at having been afforded the opportunity to return to serve his home province as coach. He said he was exceptionally excited by the chance to be involved with the team in his new capacity. He’s an experienced coach and has eight years international coaching experience with both Canada and Fiji’s national sides.

The team, too, have in the meantime released a statement of their own to the press, expressing their excitement about having signed Barnes to the new role. Taranaki Rugby CEO Laurence Corlett said the team was exceptionally fortunate to have secured the services of such a high-quality coach and leader as Barnes. His is a sentiment shared by chairman Andrew Thompson, who said he believed Barnes’ impressive last 10 years of coaching experience will truly serve his new outfit.

A dairy farmer by trade, Barnes will be returning home to coach Taranaki after completing his stunt alongside Gallagher and the team’s Super Rugby Aotearoa campaign. A new team of selectors and managers will in the coming weeks be appointed, the Bulls have confirmed.