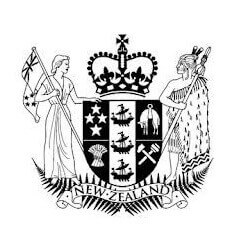 The New Zealand government recently announced that they had conducted a study into the potential of launching a Pacific Island Super Rugby team, with some claiming that it’s being done to try and offset China’s hold in the region.

Dubbed as the ‘Pacific Force’ the team would include players from Tonga, Samoa, and Fiji. Matches for the teams would be held across all three countries, as well as Auckland and Sydney.

New Zealand’s TV3 recently reported, “Part of the plan is that rugby can be a diplomatic force to counter China’s influence in the Pacific. The idea is that rugby will help keep hearts and minds away from China, which is saturating the region with money to obtain influence.”

The study that the New Zealand government, along with New Zealand Rugby, conducted is said to have cost a total of NZ$80000 to taxpayers.

Rob Nichol, the New Zealand Rugby Players’ Association chief, told reporters that it’s too early for the government to start planning, especially considering the government is not looking to fund the team itself, which could cost millions.

“The study raised as many questions as it answered… to suggest plans are afoot and it’s all going to happen is a bit premature,” Nichol stated.

Prime Minister Jacinda Arden had confirmed the study, but also said that the proposal was something the government would not normally take part in.

“This was new to me,” Jacinda said. “It was a feasibility project that McCully put in place to see if it was something that would be viable and the impact it would have”