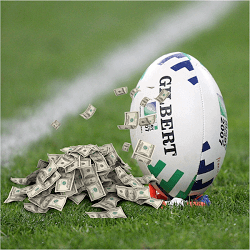 The new CBA deal that New Zealand has announced will go a very long way to that country being able to hold on to its best rugby players. Rugby players are set to receive an additional $70 million over the course of the next three years, thanks to the new collective employment agreement announced on Wednesday.

The retention and reward of loyal, experienced players is the main feature of this agreement, along with an increase in the already existing incentive payment scheme, which is aimed at acknowledging players who make a commitment to the Mitre 10 Cup and New Zealand Rugby after Super Rugby draws to a close.

Rugby players who have contracts with a provincial union for a minimum of five years will earn a yearly bonus of $7 500, and those who have been contracted to a franchise for Super Rugby for the same amount of time are looking at a whopping $35 000 bonus to their not inconsiderable pay cheques. These payments will cost New Zealand Rugby an additional $3.7 million over each of the next three years, bringing the total to an additional $9.8 million spent on these bonuses.

Augmentations in retainer payments for Super Rugby; provincial rugby; and men’s and women’s Sevens Rugby will have the union forking out an additional $9 million over this same period.

The new agreement also has protocols and policies for Respect and Inclusiveness; Player Conduct and Team Functions; and Illicit Drugs introduced, and formally assumed by New Zealand Rugby and the Players’ Association.

This boost to both the incentive payments and the salary top-ups is part of a concerted, concentrated effort to prevent the loss of experienced players, particularly All Blacks rugby players, as offshore clubs try to poach them with big money promises. Strong players like Israel Dagg; Aaron Cruden; and Ben Smith have all managed to attract big money offers from Europe, and the threat of their loss to Test rugby after 2017 is one that New Zealand is desperately trying to prevent.

New Zealand Rugby General Manager Neil Sorensen has been quoted as saying that this extra money is essentially being made available in order to give New Zealand a chance to retain their best players. He went on to state that a balance between retaining New Zealand’s top 40 superstar players, the All Blacks, and ensuring that the Super Clubs have talented players in training was being sought.