No Insults Hurled Between Blues & Maroons 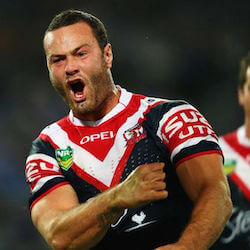 Captain of the NSW Blues Boyd Cordner says he’s sorry for the State of Origin build-up’s lack of spice, and he expressed regret about failing to continue the legacy of Paul Gallen in terms of pre-game verbal attacks against Queensland. Gallen’s retirement has indeed taken some sting out of build-ups that have become famous for how heated they get, and it looks like the baton was not passed on to his successor.

Cordner has said that he has feelings of guilt for not trying adequately to rile the Maroons with a verbal tirade worthy of his predecessor before the opening game for the series, but has said that these kinds of attacks do not come naturally to him. He said that he truly did not have anything to say to the opposing team, and that that is why he remained silent, however disappointed fans of the verbal clashes may have been as a result.

Cordner went on to say that he wanted the level of hype to be as high as it has been in the past, and that normally the evening before the match was the perfect time to get it started, but he had not devoted much energy to it at all. He stated that it was not a part of who he was, or how he went about getting things done, but that he does feel guilty for letting anyone down. He said that the hype was usually a positive factor for play, since that is what the Origin series was really about, and extended his apologies.

He stated that he had a huge amount of respect for both the team from Queensland and Cameron Smith, and though it may not be a nice thing to have to admit, that they were an excellent team. He elaborated, saying that their record over the past decade had been incredible, and however uncomfortable that may make the teams, there were truly no hard feelings between them.

Mel Meninga, the coach for the Kangaroos, can largely be blamed for the gentler build-up, since he was responsible for repairing what had turned into a rather fractured relationship between the Queenslanders and the NSW team in the Australian camp.

Aaron Woods went as far to say that the NSW team would possibly even be up for having a drink or two with the Maroons after the game had finished!