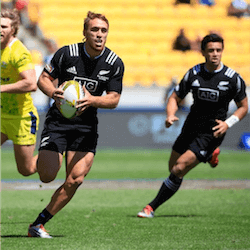 With a history stretching back to 1976, the Hong Kong Sevens is not only the premier tournament of the annual HSBC World Rugby Sevens Series, but it is also holds the distinction of being the tournament that introduced the world to the possibilities of professional rugby, commercial sponsorship and a global audience of sports and betting fans.

New Zealand rugby union enthusiasts have an added spur to watch this weekend’s Sevens action at the Hong Kong Stadium. The All Blacks Sevens team have made it to the semis three times so far in the 2016-17 series, but have never managed to finish better than third.

Like the punters, New Zealand skipper Scott Curry will want to see that change in the cradle of WR Sevens. And with a fully fit team, he might pull it off. Head coach Scott Waldrom welcomed new cap Joe Ravouvou and hailed the return of Teddy Stanaway, Sam Dickson, Joe Webber, Tone Ng Shiu and Lewis Ormond to what is probably the strongest squad New Zealand have fielded in the 2016-17 series.

Tough Start in the Pool Stage

South Africa, England and Fiji have all played New Zealand’s nemesis in the series so far, delivering the knockout blows in Cape Town, Sydney and Las Vegas respectively, in which the All Blacks Sevens team finished third, third and fourth. England knocked them out again for a fifth place in Vancouver.

In the overall points ladder for the series, the Blitzboks are currently leading on 126 points, well clear of England on 103 and Fiji on 100. New Zealand are in fourth with 84 points, so they have a big ask in the final four tournaments of the series.

It’s a good thing New Zealand are back at full strength in Hong Kong, because they share a pool with Fiji. They also face Wales in the pool stage, a Sevens side that are capable of beating anyone on the right day. Waldrom even acknowledged that minnow Japan, the fourth team in the pool, are improving with every match; their stunning defeat of New Zealand in the Rio Olympics proves that complacency isn’t an option.

If the New Zealand Sevens side can finish the pool stage in Hong Kong in the top two, against that opposition, their WR Sevens fans will be backing them to go all the way for the first time this series.