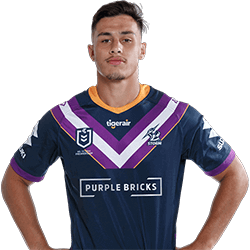 The New Zealand Warriors Rugby League team has confirmed that they are interested in Tino Fa’asuamaleaui, the well-rated forward for Franklin Storm, but deny that the deal has already been done. Reports have been swirling that the Auckland-based club had already agreed on terms with the 19-year old player who made his National Rugby League in July this year.

Peter O’Sullivan, Recruitment Manager for the Warriors, stated that no contracts have yet been signed, calling suggestions that the 110-kilogram, 1.97-metre tall giant had already agreed to join his club premature and fabricated.

O’Sullivan has stated that Fa’asuamaleaui is absolutely a player that he is very interested in and said that he would be a wonderful addition to his roster. He mentioned that many factors still need to be taken into account, however, and that nothing has yet been confirmed. He said that there is a process that Tino Fa’asuamaleaui has to go through and that he has some important decisions to make.

But O’Sullivan did confirm that the Warriors have put a long-term offer to Fa’asuamaleaui and stated that he would be happy to extend the term it covered if he could. He declined to comment on monetary details but said that the player is being offered a contract that befits his value.

As much as the Storm would like to keep him in, they simply do not have space they need in the salary cap to compete with the kind of offers coming through.