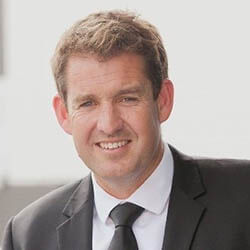 New Zealand Rugby boss Mark Robinson has issued a stern warning along the lines of “adapt or die”.

Robinson in an interview with a popular sports news broadcaster confirmed a projected loss well in excess of $40 million for the current year. The amount anticipated in losses represents nearly half of the organisation’s disposable cash resources, confirmed the CEO.

In order to survive the onslaught of a crisis of global proportions, some significant changes will have to be made to the very fabric of the national sport, said Robinson. A whole new landscape has started to take shape at franchise as well as at international level, explained the chief executive.

Robinson also commented briefly on Sanzaar’s message of “unity” delivered earlier this week. Every message received from South Africa in recent times, said Robinson, only served to confirm the theme of Sanzaar’s own approach and call to action. Sanzaar’s message revolved around a new spirit of unity needed regarding the flagship southern hemisphere competition, the Rugby Championship.

As far as NZR’s finances are concerned, “challenging” appears to be the word that comes to mind, said Robinson. And its according to the rugby boss a challenge threatening the very survival of the game at every conceivable level. Not unlike everyone else in world rugby, the All Blacks too, will be required to tighten their belts, explained the CEO. The focus right now will be the formulation of a short-term financial model focused on interim survival until such time as opportunities for long-term growth become available, said Robinson.