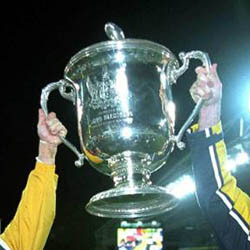 Government’s announcement that Auckland will graduate to Alert Level 1 this week has been a decision welcomed with open arms by New Zealand Rugby.

Auckland moving to Alert Level 1 means the second Bledisloe Cup Test will next weekend by played at Eden Park. Had Auckland remained stuck at Alert Level 2, the upcoming Test would necessarily have had to be moved to Dunedin.

Fans will be allowed to attend the second Bledisloe Cup Test now that it’s been secured for Eden Park. This, more than anything, is where the good news is at, said New Zealand Rugby General Manager Professional Rugby and Performance, Chris Lendrum, following the welcome announcement by government. A return to supporting in-person Test match rugby will be received as exceptionally positive news by supporters, pointed out Lendrum, and especially so since Auckland fans have missed out not only on last month’s game between the North and the South, but also on the match played between the Blues and the Crusaders.

There now remain only two opportunities for fans to see their beloved All Blacks play at home for the remainder of this year. And since both matches will be played on Sunday afternoons, Lendrum said NZR feels sure that fans will greatly enjoy both events.

Tickets for the second Bledisloe Cup Test are already on pre-sale, and according to Lendrum, are expected to sell out fast. New Zealand Rugby is encouraging fans eager to attend to get in fast in order to secure a place, urged the rugby GM.