Owen Franks an All Black till 2019 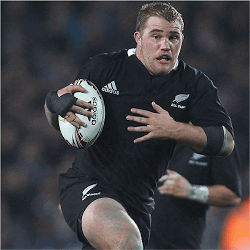 Just in time to be the perfect Christmas present for New Zealand’s keen rugby union punters, it has been announced that Owen Franks has re-signed with both the All Blacks and his Super Rugby team, the Canterbury Crusaders, through to the end of the 2019 season.

NZ fans will breathe a sigh of relief. Acknowledged as one of the finest props currently playing the sport, Franks is the second-most capped prop in All Blacks history, and the 10th-most capped All Black overall. As such, has been receiving considerable international interest, but luckily for us, he’s decided he hasn’t reached his full potential for New Zealand yet.

Kudos must also go to NZR and the Crusaders management, for putting together packages competitive enough to allow Franks to resist the lure of filthy foreign lucre. It remains to be seen if captain Kieran Reid and other key All Blacks players whose contracts lapse in 2017, like Ben Smith, Aaron Cruden and Israel Dagg, can also be persuaded to stick with New Zealand, despite lucrative overseas offers.

But at least All Blacks head coach Steven Hansen is assured of retaining at least one national treasure all the way through to the 2019 World Cup. In strength, mobility and scrum technique, Franks is worth his 120kg weight in gold. At 1.85m, he’s not small by normal standards, but often appears so, relative to the other giants on the field.

Nevertheless, he makes up for the relative size discrepancy with sheer guts, dedication and enormous focused power: evidenced by the famous 10-rep celebration of 280kg squats that he and his brother, Ben, indulged in the day after the All Blacks won the 2011 World Cup. With him on board, and if several other current All Blacks stars can be secured for another three years, Coach Hansen could well realise the dream of bringing an unprecedented third consecutive Rugby World Cup title home to New Zealand.