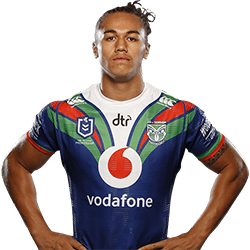 Warriors halfback Chanel Harris-Tavita, on the topic of Todd Payten’s planned end-of-season departure, says it will be a sad day for him to see the back of the interim coach. And given the impact that Payten has nearly singlehandedly had on the team’s morale and performance, Harris Tavita most likely speaks not only for himself but also on behalf of the rest of the squad.

But a loss for camp Warriors will no doubt be a win for the Cowboys, who are expected to be imminently announced as being on the receiving end of the Payten-deal. Even though Payten is officially under a Warriors contract for the duration of 2021, the franchise isn’t expected to hold him to the terms of the initial deal.

Ever since Payten last month announced his having turned down a job offered to him by the franchise, his name has been one to repeatedly come up in coaches-high-in-demand circles. And coupled with the fact that he has since then led the Warriors to four wins out of a total of five games played, the 3-year offer from the Cowboys really didn’t take anyone by surprise – least of all his current team

But even though sad to see Payten head out at the end of the current season, Harris Tavita said they’re all very happy for Toddy. He deserves a successful and happy future, said the star halfback, and even more so when considering his having performed a super and tremendous job for the boys ever since he first assumed the role of team coach.