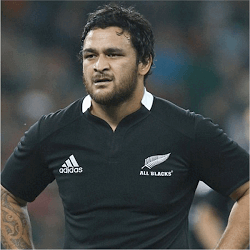 Former All Black scrum and fly half Piri Weepu has been awarded damages of €114,000 (NZ$171,000) by a French court after being sacked by club team Oyonnax. The French Division 2 Club had sacked Weepu just six months into a two year contract, reportedly due to a fight that the player had with the newly appointed coach. This has not been confirmed, but rumours abound that the two did not see eye to eye, and Weepu came off second best when he was fired.

33 year old Weepu was hoping to claim €500,000 (NZ$751,000) after his contract was abruptly terminated in January, but the court reduce his claim and awarded him the above mentioned sum. Oyonnax signed Weepu after a stint with London Welsh and Wasps, but his career with the div 2 team proved to be short lived. He is now playing for Narbonne, another French second div team, and has put the mishap with Oyonnax behind him.

Weepu won 71 test caps when playing for the All Blacks and moved to Europe in 2014 after he finished his last season with the Blues. The 33 year old Kiwi native certainly has rugby in his blood, and his brother is former rugby league professional Billy Weepu.

Weepu played for New Zealand in the 2007 and 2011 rugby World Cup and became a popular figure in the team as he was chosen to lead the haka. This is, as most rugby fans know, a huge privilege and Weepu took great pride in his role. Of the 71 tests that he was capped in, he led the haka 51 times.

His international rugby career may no longer be as bright as it once was, but now that Weepu has settled the score with Oyonnax he can move on and enjoy his time with Narbonne and play the game he love so much.