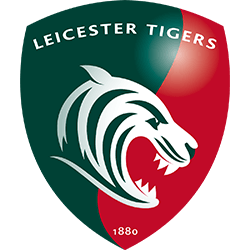 Premiership Rugby club the Leicester Tigers has put itself up for sale and is looking for around $60millon. The sale follows on from an investment from private equity from CVC’s investment in the sport in December last year, which has lead to several new approaches from investors according to the club. The acquisition of a 27% stake in Premiership Rugby resulted in each club earning around £13 million.

For Leicester, that meant that they would no longer have any debt. Each club has retained a 7.7% stake, and with CVC in charge of new marketing initiatives for the Premiership, the clubs anticipated more revenue streams down the road, increasing the amount of cash they will be able to work with for club improvements and new player management.

Leicester executive chairman, Peter Tom, told reporters that CVC’s investment in Premiership rugby has formed a unique opportunity for everyone involved, and has shot the sport into the public consciousness like never before, and that it has also broadened the overall interest in rugby by other potential investors. He added that their new duty as the board is to explore the club’s strategic options and to asses the best ownership structures that will benefit from the changes both on and off the field.

Leicester is among the most successful clubs in the professional era, having won the Premiership 10 times and the European Cup twice. The club’s games also attract the highest TV audiences in the country.