Pumas Change Up Ahead of All Blacks Game 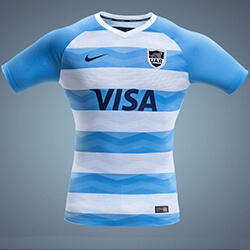 Argentina has made a number of changes to their team line-up ahead of their clash against New Zealand’s All Blacks for the Rugby Championships. The Pumas’ win over South Africa during their last outing saw them break an 11-game losing streak in this year’s competition has boosted their confidence, and they hope to earn victory over New Zealand for the first time ever.

Garcia Botta has been entered into the front row to replace Juan Figallo, who has recently returned to his former club Saracens. Tomas Lezana will start in the flanking position as Pablo Matera being sent off of the bench.

Martin Landajo, scrum-half, will get his first start since playing in June against Scotland, while Tomas Cubelli will be held in the reserves. Jeronimo de la Fuenta is set to replace Bautista Ezcurra in a centre role. There will also be three new players among the replacement, which includes Juan Pablo Zeiss, Gaston Cortes, and Julian Montoya.

The Pumas have never won a game against the All Blacks in all of their previous 26 Tests, with their closest victory coming 33 years ago in a 21-all draw. Their recent 32-19 win over the South African team has given them a renewed confidence in their strengths, and has heightened morale for the team, according to win Ramiro Moyano, who gave a statement to reporters. Moyano grabbed victory for the team against South Africa thanks to his fourth and final try.