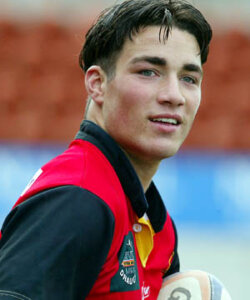 Former All Blacks player Richard Kahui has been signed by the Western Force to play in the Aussie edition of an overhauled Super Rugby competition. The 35-year-old midfielder and World Cup star will return to Super Rugby from the latter end of having spent 7 years playing for Japanese Top League club Toshiba and is considered a strong contender for the sport yet.

The former All Blacks midfielder spent 18 tests playing for New Zealand’s national team, which time included representing his country in the 2011 Rugby World Cup, which was of course the year New Zealand secured a final in over the French in Auckland. Kahui also played for the Chiefs during their 2012 Super Rugby star-victory campaign.

Kahui is to Western Force worth his weight in gold in terms of sheer experience and is considered by Western Force Head of Rugby Matt Hodgson, to be a bringer of a “wealth” of experience to the club. Hodgson referred specifically to Kahui’s professional demeanour and abilities on the defence, saying that the team is excited about the prospect of seeing the newest signee running on the field in the blue and black.

But the former midfielder is worth even more tot the team than his abilities on the field, said Hodgson. He has a professionalism and winning mentality about him that is according to the Western Forces boss, exceptionally hard to find.

Kahui comes stocked with 68 Super Rugby caps and several international and domestic credits to his name.