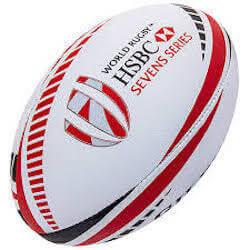 Las Vegas fans may be riding the Rugby Sevens wave with glee, but many die-hard cricket fans are singing a very different tune. Understandably so, because just when the excitement is at the top of its peak in camp cricket, camp rugby sevens comes along and ruins the day. This means that effectively, February through December is now official rugby season. No wonder non-rugby fans are getting a wee bit hot under the collar.

Super Rugby too, is among the worst of the culprits. Besides for the fact that it has now become a case of the weak playing against the weaker, the rest of it isn’t really all that either. It’s hard to imagine that there was a time when Super Rugby made for captivating viewing pleasure, holding the general public hostage in a very endearing rugby-ish way.

Those days are gone.

Putting The Spunk Back In Rugby

There is, however, an up-side to all of the extended season madness: Rugby Sevens. Rugby Sevens, which has in fact been played since the 19th Century, is at this point in time, more popular than ever before and is widely considered as having a renewing effect on the game as  a whole.

It’s making rugby more accessible, most notably due to the shorter format, allowing for a lesser demand on time, human resources, space and even expertise. And let’s not forget that Rugby Sevens was the reason behind rugby’s re-inclusion in the Olympic Games back in 2016, after an absence of 92 years.

The re-integration with the Olympic Games is believed to be one of the most important shifts since the Rugby World Cup was launched in 1987. Since rugby’s rejoining the Olympic Games, the sport has received at least £25m in funding via the national Olympic committees. Apart from the much-needed injection of funds, there is also the visibility factor that is largely thanks to the Olympic Games. Besides for the fact that rugby was suddenly available on free-to-air television in countries like the United States, the sport was now officially being included in school curriculums in countries like Brazil, China, Russia and even sport-obsessed India.

None of this would have even been remotely possible without the instant play-mode that is Rugby Sevens. The re-inclusion in the Olympic Games has even had a positive effect on women’s rugby, with more women joining the game now than ever before.