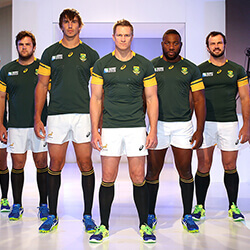 Matt Rodden from Hong Kong and Sakurako Kawasaki of Asia Top Rugby Referees will be officiating the first match for the event. Hong Kong and Japan men’s, along with Japanese and Chinese women’s teams will be flying the Asian flag for the tournament.

The bet for many has been put on the New Zealand team, who are the reigning champions for both the men’s and women’s events, and have been named as the top competition. The women’s team will be lead by Portia Woodman after he incredible form at the HSBC Women’s Rugby World Sevens Series, where Woodman led the charts with 43 tries and 215 points in 2018.

Next in line is the United States team, who will be welcoming back Perry Bake. Bake accumulated 37 tries at the HSBC World Rugby Sevens, although he was forced to miss the last two legs of the game due to an injury. Fans believe that his partnership with Carlin Isles, who is the top scorer with 49 tries in the 2018 season, will give the U.S. a considerable advantage.