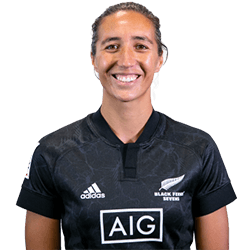 With the Olympic games around the corner, countries have had to select their flag bearers for the opening ceremony in Tokyo. New Zealand has named Sarah Hirini and Hamish Bond as the county’s flag bearers ahead of the event.

New Zealand rower Hamish Bond and Black Ferns Sevens captain Sarah Hirini are the first dual flag bearers for the country and were officially announced in Auckland yesterday, although Hirini received her cloak prior to this as her team needed to fly out to Townsville for a pre-Olympics tournament this week.

Hirini’s emotional speech shared how much this opportunity means to her and that she feels honoured to be able to represent her team as well as the country at the opening ceremony. Bond also shared his pride in being chosen to take part in this special moment in history.

Flag bearers represent the country, and it truly is an honour to have two incredibly talented athletes take part in the opening ceremony. They were chosen for the honour as they encompass the culture and values of their home country and are true role models. Each of them has represented their country before and is the perfect choice according to team management.

All of the past New Zealand flag bearers have excelled in the previous games, one of which being the late Peter Snell who had the honour of doing so in 1964 in Tokyo. They will be following in the footsteps of so many great sportspeople as they represent the New Zealand team on 23 July during the opening ceremony.