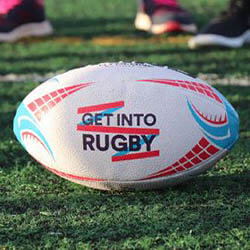 Hurricanes star Julian Savea says he has every intention of pocketing a Super Rugby contract for 2021. The fan-favourite was recently welcomed back into camp Hurricanes after a two-year-run playing for Toulon in France. Savea rejoined his beloved team at training camp at Rugby League Park in Wellington on Monday.

Even so, said the popular player of his hope of a 2021 return, since the decision isn’t in his own hands, it now remains a game of wait-and-see. The best thing to be done right now, said Savea, is to simply put his best food forward while showing his coaches everything left remaining in him in terms of potential. Right now, Savea says he’s relishing being back with his “brothers”, including real-life brother Ardie Savea.

The former All Blacks player made his return to camp Hurricanes in the form of a late addition to the current season prompted by the departure of winger Ben Lam.

But failing to play for the Hurricanes in 2021, Savea says he’s at least able to look forward to playing at club level. He’s eager to get stuck back into training and playing, said Savea, no matter whether for the Hurricanes or for a local New Zealand club.

Savea already made contact with his former team’s management some three months ago, which would have been immediately following his return from France. But it would be Lam’s departure that would eventually see him rejoin the Canes.

The Hurricanes is the franchise that first launched Julian Savea’s professional rugby career, and so it should come as no surprise that the player keeps on gravitating back “home”.