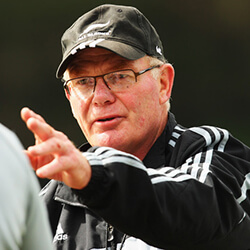 Famous scrum coach Mike Cron will be leaving the All Blacks team after the 2019 World Cup has come to an end. New Zealand Rugby has confirmed his decision to leave. Cron, who is affectionately known as the scrum doctor by the teams, has spent almost twenty years with the All Blacks during a coaching career that spans a total of 37 years.

Cron will now be focussing on mentoring new, younger coaches along with rising players. Talking about his departure, Cron told reporters that he has been lucky and has had a wonderful career of coaching at an international level, and that he is looking forward to his last year with the team. He added that it will be his fifth Rugby World Cup – four with the All Blacks and one with the Wales team – and said that it was the right time to step down from the international game.

Coach of the All Blacks, Steve Hansen, stated that Cron will be missed by the team, adding that he was one of the guys that he learned from the start of his coaching career that initially started with Scrummaging along with Canterbury and the Crusaders, and then Wales. He added that he suggested to former All Blacks coach Graham Henry that they bring Cron into the All Blacks, saying that his ability to teach anyone is known throughout the world, and that the greatest gift the scrum doctor has is to always keep giving and learning.