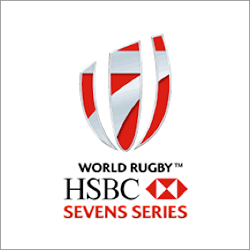 Before heading into the Cape Town Leg of the HSBC Sevens World Series, the New Zealand team were languishing in 8th position on the Sevens World Series standings. The standings put New Zealand in a category amongst some seriously competitive teams including Kenya ranked 12th, Argentina ranked 11th and Samoa ranked 10th. However, this still puts them lower that many teams who are usually not at the top of the order including France ranked 7th, Scotland ranked 6th and Wales ranked 4th.

Historically, the New Zealand team has been slow starters for the December tournaments. This is mainly due to the lack of preparation going into the tournaments late in the year. The union generally forgoes any lead-up tournaments, making it difficult for the team to get into their stride straight off the bat. While the Dubai leg caused some concerns for the team, it was the 40-0 whitewash at the hands of the South Africans that hurt them the most.

The South African team went on to win the Cup from Fiji in the final in Dubai. In Cape Town, the New Zealand side regained some of their former composer to work their way to bronze medal, being narrowly defeated by the Blitzbokke in the semis. After opening the scoring against the South Africans, it was looking good for the New Zealand side. However, a quick try in the first half followed up by a blazing second try in the second half sealed the deal for the dynamic South African team.

New Zealand then went on to play Scotland for the bronze medal where they displayed true courage and skill up until the final dying moments of the game. With the scores locked at injury time, it was New Zealand that pulled it out of the bag, claiming the final try and the bronze medal at the same time. The final also proved to be an exciting affair as England took on hometown favourites, South Africa in another nail-biter.

It was one of the closest matches in Cape Town with England just pipping the mighty Blitzbokke at the end by two points. The final score was 19 points to 17 with England taking the Gold, and South Africa settling for the Silver. New Zealand redeemed their previous performances to take bronze while Scotland had to settle for fourth place.