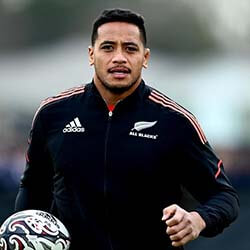 The 27-year-old had three charges of assault brought against him from in incident that arose at a Dunedin bar in May – one male, one female, and the third a common charge. A first-time offender, Frizell opted to accept a diversion offered by police and as such, did not enter any plea during his first appearance in July.

Police confirmed on Tuesday morning that Frizell had completed the diversion and that the charges had subsequently been dismissed.

Frizell right after his first appearance delivered a public apology outside of court by telling the media that he was sorry for his reproachable behaviour during the unsavoury incident back in May. He said at the time  he wished to issue a special apology to the two people he had harmed outside the club, and that going forward he would be doing everything in his power to restore the faith that others had put in him. He furthermore confirmed a plan that had been put into place with counsellors for addressing those areas in his life he believed required working on.

While Frizell remained a member of the All Blacks squad throughout the entire ordeal, he was sidelined for a test match after his initial appearance at court. He was also not selected to go on tour to Australia for the Rugby Championship.

Currently in New Zealand, Frizell will be working through various visa requirements before re-joining the touring All Blacks camp.