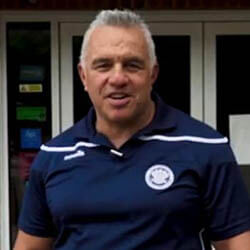 Kiwi-born police officer senselessly slain in London, England, has been nominated by his former rugby club for a posthumous BBC Sports Personality of the Year award.

Matiu (Matt) Ratana was shot dead while taking a suspected criminal into custody in Croydon late last month. Ratana, who worked and served as a Sergeant in Britain’s Police Force, coached the East Grinstead Rugby Club before the fatal shooting. He served as head coach of the club and has been doing so for the past 3 years. Ratana winning the award would represent to them a “fitting” tribute to the man they called their coach, the club has said of their nomination.

Ratana’s impression on all who knew him had been enormous, said player Max Crawly-Moore following the BBC award-nomination. The impact he had on those around him was a combination of how players played and what was ultimately required of them in terms of progressing through the ranks – both mentally as well as physically, explained Crawly-Moore. The East Grinstead player added that the hope was that by receiving the BBC award, though posthumously, Ratana’s legacy would be made to live on in such a way as to benefit future generations of players passing through the club.

The club has nominated their dearly departed coach for the Unsung Hero award, which award recognises those efforts made by volunteers making a difference to the quality of life of those hailing their own local resident communities.