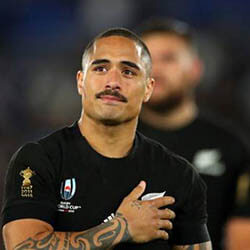 Star halfback Aaron Smith has dismissed rumours over a possible early return back home to New Zealand. The veteran player added that even considering such a move would to him personally represent a grave “disservice” to the national team jersey.

Talk about a possible early return started circulating following his resting from last weekend’s game against the Wallabies that saw New Zealand suffer an excruciating defeat at the hands of the Australian national side. Speculations over a possible early return for Smith reached an all-time high when All Blacks coach Ian Foster recently revealed a decision to return those players unlikely to play any further role in the Tri-Nations back to New Zealand on the same flight as suspended prop Ofa Tu’ungafasi is likely to board next week.

Smith has however responded by dismissing all questions related to the likelihood of a final game playing for the All Blacks being in the immediate offing. The reality of the matter is that every player competing for the national side is currently preparing as if already assured of a playing spot going forward, explained a clearly annoyed Smith.

The halfback also minced no words expressing the conviction that nobody should at this stage of the proceedings be thinking about anything else other than how to contribute to a winning result once the national side goes up against Argentina in Newcastle on November 21. Thinking about who gets to go home early and who gets to play is to his mind no different from failing to “do your job”, said Smith.