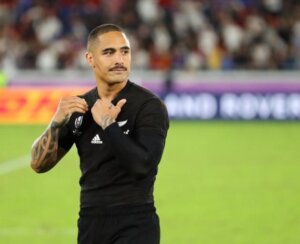 Star All Blacks player Aaron Smith has described a “new competition” without South Africa’s Springboks to be a bittersweet moment in the offing. The All Blacks and Highlanders halfback described South Africa being left out of the competition as sweet because of the country’s exclusion leaving open a potential spot for a team from the Pacific Islands. But he also says that the moment is essentially bitter because of his regard for South Africa as a strength-inducing country to tour when playing world rugby.

Smith spoke about his love for touring South Africa right ahead of New Zealand Rugby’s Friday-announcement regarding its intentions of setting up a competition tournament without the legendary Boks in the format equation. Playing in South Africa, said Smith, was a special experience and something to be treasured each and every time the team toured the beautiful country.

A huge part of why Smith finds South Africa to be so special is the country’s role played in introducing him, a “small town kid”, to animals such as lions and elephants. There’s a certain “tightness” to be had from touring South Africa, said Smith.

Aside from teaching him about the beauty of South Africa’s animal life, Smith says the Republic is a country that knows just how to do rugby “right”. A combination of huge stadiums, playing a dry ball, and even playing at a time of day that sees players finishing up a game with the light of day only just turning dark, is according the star All Black all reasons for why he fell in love with South Africa and South African rugby.