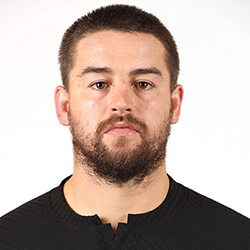 All Blacks coach Steve Hansen has sent his praise to Dane Coles after the hooker found his back into a second-string side for their upcoming matches against Japan.

Many believed that Coles’ professional career had come to an end after he suffered a severe knee injury that saw him off the field for nearly a year. The World Cup winner was the senior player in the match-day teams, which includes eight new caps for their Test against Japan after their latest victory of 37-20 against Australia.

The All Blacks have also recalled loose forward Dalton Papalil, as well as midfielder Matt Proctor to the new XV, with another six players expected to make their debut from the bench when the squad heads over to their Japanese Test.

But Coach Hansen has been especially pleased to have Coles back on the team after his long absence, with the player making his 57th appearance in the black jersey.

Talking to reporters, Hansen said that he’s happy to have the champ back, and that he’s worked really hard and gone through a lot, and most probably often wondered if he’d ever be back on the field.

Luke Whitelock, who previously played as a skipper for the side that played in the France XV side last year, is set to be captain for the first time for the Test against next year’s World Rugby hosts.

Talking about Whitelock, Hansen added that the player is natural leader, and he will be watching how the team performs under pressure.